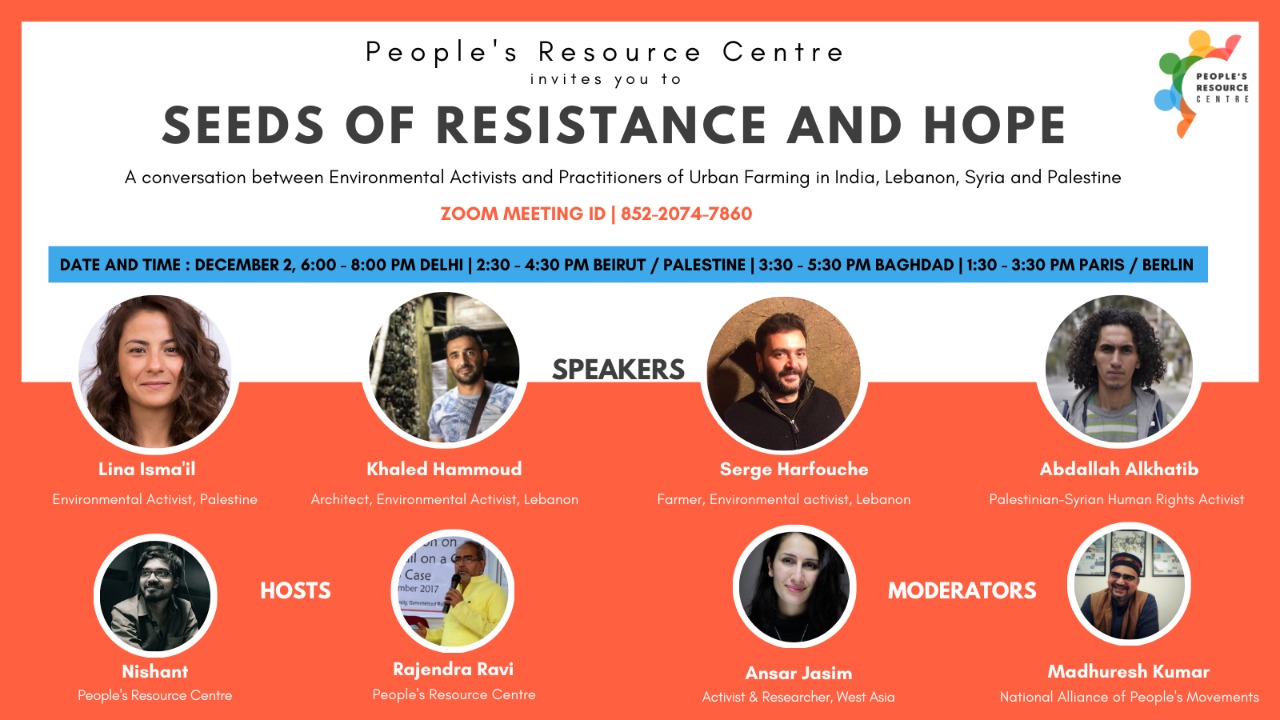 People’s Resource Centre invites you to a conversation between environmental activists and practitioners of urban farming in India, Lebanon, Syria and Palestine.

As the world battles climate and health emergencies, we need to rethink the ways our society and economy is functioning. Self-sufficient cities is not only a slogan but a reality we need to work towards, of which urban farming is an essential element. In different parts of the world, communities have been practising farming in their places of habitat, arising out of different needs and contexts. In India, this need has come out of the health and environment reasons which have a wide systemic impact on the cities and its infrastructure. While in Lebanon, Palestine, and Syria, amidst popular uprising, raging conflict and occupation, communities and activists have used this not only as a way for survival but also as a way of resistance and defying occupation. Millions of people in the region are living in refugee camps where they are growing food on small patches of land or tin boxes not only to feed their families but also to preserve their seeds and technique and not give in to corporatisation of farming. For them, it’s a political act.

Zoom Link: https://us02web.zoom.us/j/85220747860?pwd=R0UyblcxN0NXekNiYitETFhkNk9KQT09 Passcode: prcua
We invite you to join us for this interesting exchange in a series of continuing dialogue and conversations on the theme. PRC would also be releasing booklets on practices of farming and international experiences from Cuba, Delhi and other places.

Note: Language interpretation and a live summary (in the chatbox) will be available in English and Hindi.