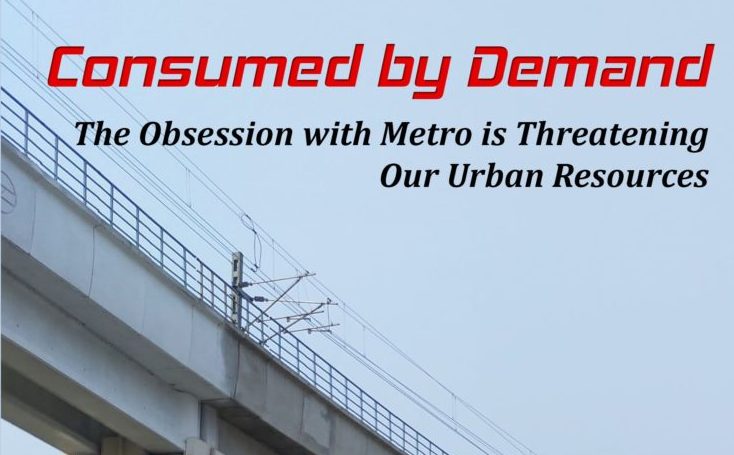 The Obsession with Metro is Threatening Our Urban Resources

The rail-based rapid urban transport system, popularly known as Metro, has captured the imagination of planners and politicians alike. Despite the fact that the operational metro projects are showing a massive deficit from projected ridership estimates and the claimed environmental benefits are nowhere close to being realized, metro projects are already being pushed for another 30 cities.

In this context, this study aims to evoke an interest in examining upcoming metro projects. Hopefully, the experiences presented and the knowledge shared will help the community associations, media and citizen groups in understanding the futility with respect to the utility of metro projects. A metro rail might be heading to your own city, so let us prepare to act before it is too late.

You may also want to read this report on the financial health of Delhi Metro authored by PRC members Nishant and Rajendra Ravi.