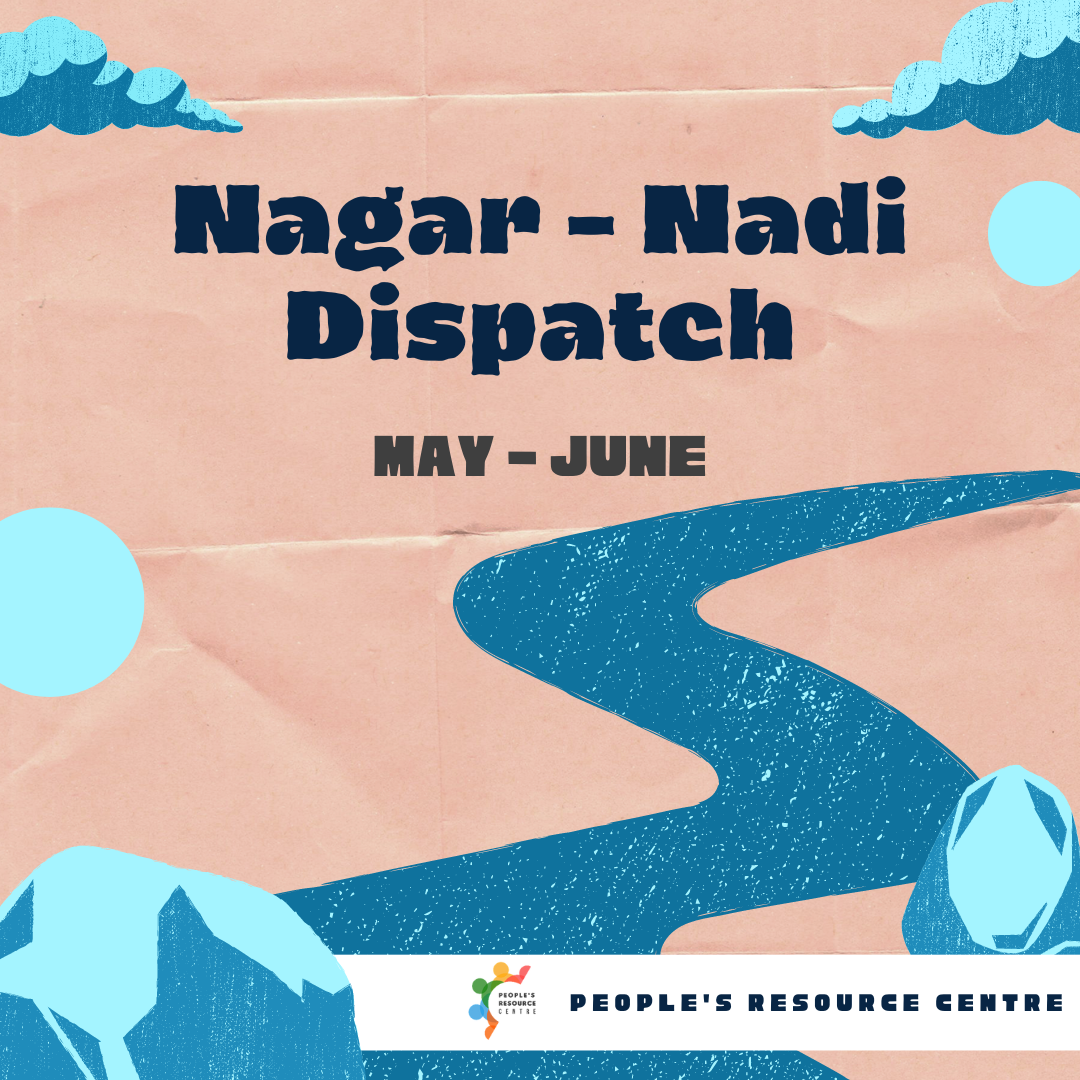 The relationship between cities and rivers is a historic one, and has existed ever since the formation of the very first settlements along these water bodies, which were considered preferable for their diverse geographical qualities. Many urban settlements have evolved with rivers serving as a fundamental source for livelihood, because they had multiple utilities for communities living on their banks – such as water resources, fishing, transport, climatic protection, and ecological contribution to the landscape. However, looking at the current conditions of these rivers, specifically as part of the urban stretches and dense cities, these water bodies have taken a gigantic hit and have been disturbed heavily as consequences of overwhelming urbanisation.

Present urban cultures have demonstrated a strong disconnect with riverine ecosystems, and our current interaction with them only causes pollution, deteriorating and exploiting them for urban benefits.  However, such trends affecting the river’s health and nature have slowly been recognized and have also invited various interventions focusing on the protection, conservation and rejuvenation of rivers and their resources. Many river-centric projects are in the process of proposal, preparation, and execution through urban river management plans that are incorporated in development plans, which are largely directed towards mainstreaming the development of riverfronts along the urban stretches of rivers.

The transforming approach for riverfronts with claims of rejuvenation and regeneration through the ideas of modern urbanism presents innovative conceptions for cities and its population, but at the same time raises concerns about respecting the ecological balance, urban environment and existing relations of the urban rivers with the people and their livelihoods.

People’s Resource Centre aims to understand such issues related to riverfront development with special attention to the ecological and socio-economic dimensions concerning the city and its functioning. Over a span of a few years, the centre has been engaged, through research, on ground interactions, and documentation – on diverse aspects of rivers, riverfronts and its social and environmental relations in the urban context. The Nagar Nadi dispatch as part of the institution’s research work is an attempt to study the interlinkages between the rivers, urban processes and infrastructure development proposed and executed on rivers at regional and city scales.

The dispatch will familiarise the reader with lived realities of communities affected by riverfront development projects and the city’s disconnect with the river in general, and will bring in its relationship with wider issues of livelihoods, dispossession, ecological governance, environmental justice etc. Being a new initiative by the centre, participation with inputs and suggestions relevant to the issues are also welcome for improved understanding and outputs. The dispatch will have due consideration for greater outreach by reporting on ground issues, disputes, violations, public meetings, initiatives by related environmental and political bodies, and correlating with the centre’s work on other themes of urban agriculture, democratic governance, urban mobility and infrastructure.

This first edition of the dispatch describes in a simplified way how the authorities understand and perceive the future of the river city connection, and their approach towards development of the riverfront. The attempt is to create resources to allow a self-understanding and awareness amongst the readers, while also identifying the gaps and challenges to bring attention to a need for alternatives for looking at riverfront developments that are participatory, inclusive and sustainable for the overall urban environments of Indian Cities.