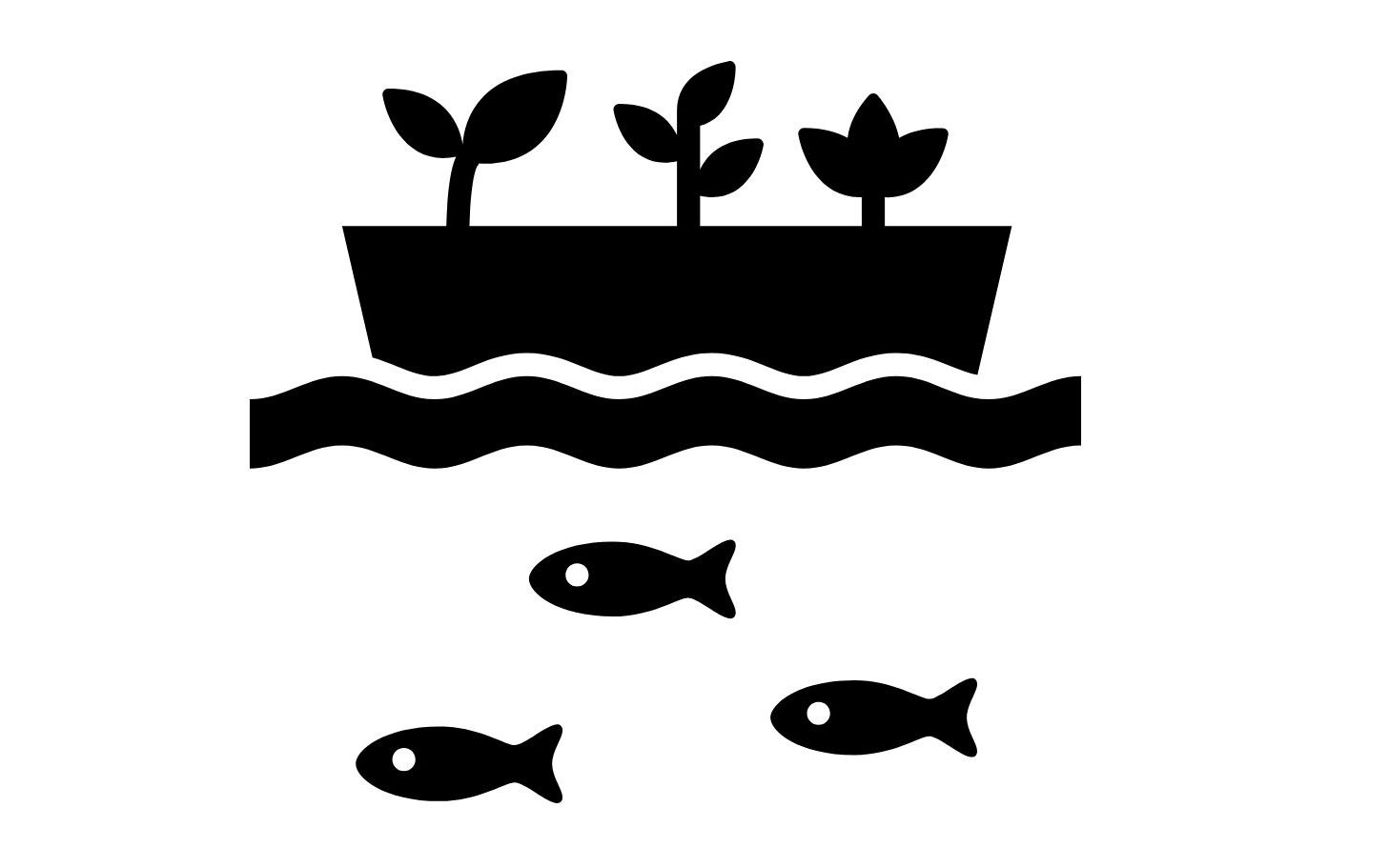 Re: Requesting recognition and inclusion of farming in Master Plan of Delhi 2041

In the context of the ongoing process of preparing the Master Plan of Delhi-2041, we would like to share with you some concerns and suggestions regarding the agricultural activities in the urban and peri-urban parts of NCT of Delhi and the development of the Yamuna floodplains for which an absolute ban on agricultural activities alongside the Yamuna river
bank has been recommended, and eviction of communities has been ordered. In the light of the study recently published by the Central Pollution Control Board (CPCB) following the directives of the Monitoring Committee, we would like to bring it to the attention of Lieutenant Governor of Delhi why the ongoing agricultural and allied activities in Delhi, as
well as along the Yamuna river bank stretching 48 km from Palla to Okhla should not only not be banned but indeed be integrated in the Master Plan Delhi 2041 so that public interest is best served.

Before we present our view, we would thank the concerned authorities for considering public opinion and integrating people in the planning process of the MPD 2041. However, we would like to draw your attention to the order for the removal of agricultural activities from the Yamuna floodplains to make space for development initiatives. While MPD 2041 promotes the integration of the river and its biodiversity with public recreation spaces, it does not consider the claims, needs, and potential of stakeholders on the ground in protecting the green cover and contributing to the biodiversity in Delhi and rejuvenating the Yamuna and its floodplains. This proposal, in our understanding, is founded on a misanthropic view of ecology, which conceptualises nature as an entity separate from human habitat and, hence, argues for promoting environmental good without the involvement of communities. It plans for environmental sustainability by dislocating the poor and the marginalised and blames them for the river’s pollution when the major pollutants remain industrial waste and sewage.

We would like to begin by highlighting the significant characteristics of urban and peri-urban farming in Delhi:

The rationale for the ban on agriculture in the Yamuna floodplains – the risk of contamination in the vegetable and other edible produces due to hazardous concentration of poisonous substances in the water of river Yamuna – is founded on the belief that the water being used for irrigation and the soil on which the plants are being grown are contaminated because of proximity to the river. However, as per the recent report by the scientists of CPCB, published following the directive of the Monitoring Committee itself, no exceedance was observed in vegetable and fodder samples for metals and pesticides concerning FSSAI notifications, 2011 (metals) and 2018 (pesticides) as no significant level of metals were observed in groundwater which is the main source of irrigation for the farmers. The report further states that the contamination of soil may be due to excessive use of fertiliser and can be mitigated by promoting the use of manure and natural fertilisers. As the team of investigating scientists of CPCB have reported, the contribution of agriculture (in the form of pesticides flowing into the stream) in polluting the river water is small and nearly insignificant in relation to sewage and industrial waste. Thus, the need to motivate, incentivize, or even enforce a shift to organic agriculture can hardly be stressed more.
It would be grossly incorrect to assume that the farmers in the floodplains are concerned only about their lives irrespective of the state of the river and are naive enough to use the stinking waters of the Yamuna to wash the produce or irrigate their land. The farming community values the river Yamuna very highly and has the deepest regards for the ongoing rejuvenation efforts to restore its ecological flow. They are more than willing to help keep the Yamuna clean.

Farming and other allied activities help to fulfil the food needs of the city. The Right to Food is also recognised in international law as a fundamental human tenet. Even the Sustainable Development Goals 2 (Zero Hunger), 11 (Sustainable Cities and Communities), 12 (Responsible Consumption and Production), and 13 (Climate Change) may also be read in concord as deeply supportive of urban farming to create inclusive and liveable cities for all.

While the Constitution of India does not explicitly recognise the Right to Food as a fundamental right, judicial and policy precedents allow it to be seen as an extension of the inherent dignity of all Indian citizens and as essential to the fulfilment of their other basic rights.

Food security must also be understood in light of climate change. Regularising and incentivising urban farming in mega-cities like Delhi will strengthen local food security and provide gainful employment to the urban poor, particularly women. In Delhi, 15% of women are engaged in agricultural activities of some kind, such as maintenance of kitchen garden, work in household poultry, dairy, etc., including the free collection of agricultural products for household consumption (NSS, Report 559, pp 15-22). This indicates substantial potential for equitably scaling up agricultural activity in Delhi, regularising it and recognising it to bolster the city’s food security and move towards a self-reliant city.

Also, the order to completely ban agricultural activities does not consider the positive externalities of agriculture for the city and its people. Nevertheless, a consensus is emerging among academics and practitioners that responsible urban agriculture is one of the most sustainable ways to reduce the rift between urbanisation and nature. International best
practices, independent research, and policy precedents, all of these also indicate that farming is a suitable and sustainable land use for riverine floodplains. Even the Draft National Policy for Inland Fisheries (2019) formulated by the Ministry of Agriculture and Farmers Welfare, after a push from the National Platform for Small Scale Fish Workers (Inland) [NPSSFW(I)], recommended that fisheries management has to be integral to river management. The farmers of Delhi have been responsible for maintaining the Yamuna’s floodplains as a green hub of agricultural activity connected closely with Delhi. Apart from fulfilling food needs, higher fertility of the alluvial soil and access to water resources makes the floodplains and the adjacent region much more productive for year-round cultivation. It also provides food security and nutrition to the section of urban poor who practise it and thus reduces the risks of hunger, malnutrition, poverty and unemployment. In-boundary agriculture also contributes to the energy security of the megaregion by reducing the food mileage and demand for cold storage. If the dietary and nutritional demands of a rapidly growing urban region have to be met in healthier and ecologically sustainable ways, the criticality of urban and periurban agriculture cannot be overemphasized.

In light of all these arguments, it would be in the best interest of the city, its ecology, and people to recognise agricultural land use in Delhi and integrate it into the MPD 2041. Despite a call for public participation in the planning of the MPD 2041, neither any representation of the farmers was sought during the hearing, nor has any effort been made to include the farmers’ perspective. Seeing the agricultural, fishing, and allied activities as “encroachments” shows disrespect for their labour and their unpaid contribution to the common good. Also, the removal of agriculture as land use from the MPD 2041 shows a complete disregard of the ongoing disputes over land ownership many of which lie in the Zone ‘O’. Though DDA has claimed to own all the lands in the floodplain area, the Delhi Peasants Multipurpose Cooperative Society and the private landowners have their own claims to the land. Since they lack legal status and property rights, they fail to receive any support from the government even in the most challenging times, viz., financial vulnerabilities that arise in the event of crop failure or destruction by authorities.

We underline that the small-scale farmers of Delhi protect the city region’s biodiversity through their agricultural practices. It is time that the people who have defended the land from getting sabotaged by environmentally harmful activities and maintained their diversity and richness are stopped being seen as encroachers. To balance principles of intergenerational environmental equity with socio-economic justice for vulnerable sections of the population, it is also necessary to reimagine the Yamuna’s floodplains as an urban asset and inclusively integrate farming with riverfront development.

To conclude, we make the following suggestions:

We believe that, if efforts and resources are directed well, a much more cost-effective, farmer-owned conservation-and-diversity-promotion MPD can be formulated for socially and environmentally just management of the floodplain ecosystem- one that would involve multitudes of activities, including agroecology, and all aimed at creating a more self-reliant, pollution-free Delhi in harmony with nature and ensure a move towards food sovereignty and food security.

Since the Delhi Development Authority (DDA) and National Green Tribunal (NGT) has already ordered and initiated the removal of agriculture from the floodplains, we request the Lieutenant Governor to take sincere cognizance of such a sensitive matter in the light of the above discussion and intervene by ensuring that agriculture is given its due and rightful space in the MPD 2041.

You can download the letter in pdf format here.