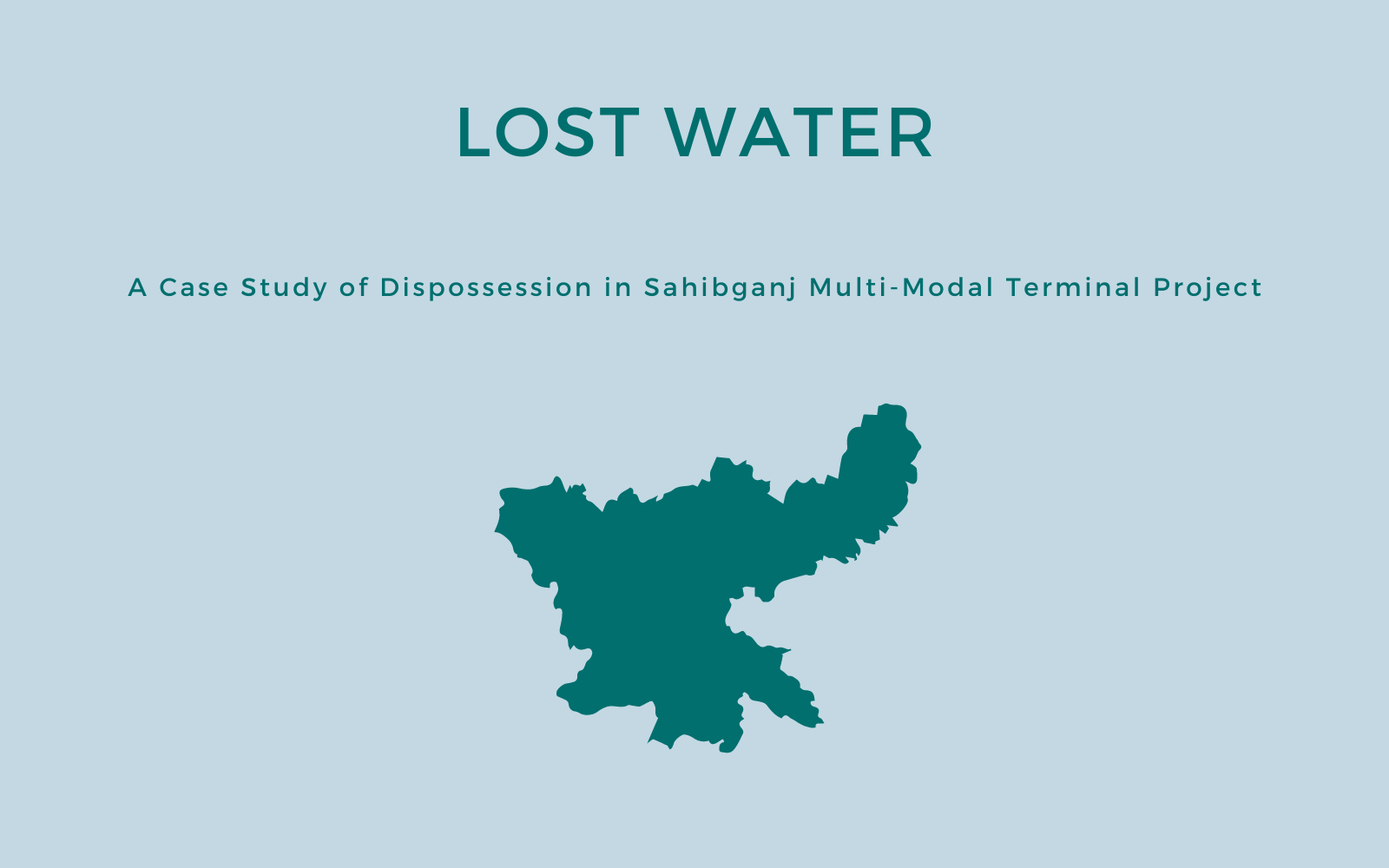 The Inland Waterways Authority of India has declared 111 Waterways in the country. Sahibganj multimodal terminal is one of the three riverine ports built on National Waterway l. It was constructed in the Sakrigali region of the Sahibganj district, Jharkhand. Sakrigali had a special significance, as it served as a local market for the region and had a railway station and steamer service. The people here have been predominantly farmers, growing crops including wheat, paddy and legumes. Livestock rearing was also prominent, particularly in Diaras (Riverine Island). In addition, stone mining formed another important activity in the region, until it was prohibited within 200 metres radius of the port project area.

Built under the Jal Marg Vikas Project by the Inland Water Authority of India (IWAI) and spread across 1,620 km, from Haldia to Allahabad, the project aimed to develop and expand infrastructure, connectivity and institutional support on National Waterway- I. The project is planned in three phases. The first phase of the port spreads across 183 acres of land and is constructed at the total cost of ₹280 crores. It was inaugurated on September 12, 2019. Nearly 183.49 acres of land was acquired for it, out of which 151.97 acres was Ryoti (Agricultural) land, 7.15 acres was government-owned, and the remaining 24 acres was unsurveyed. The EIA report of the project assured that no flora and fauna would be under threat except Dolphins, which have their habitat in the region; tree cutting would be minimised and compensatory plantation would be carried out in the ratio of 1:7. Along with this, the construction and management of the port would be carried out with a zero discharge approach and proper compensation and resettlement would be ensured to the people. In addition to the port, Godda Thermal Power Plant was also constructed 100 km away from the Sahibganj terminal.

Both the projects are fraught with contradictions, with evidence from the ground that the projects have delivered little of what they claimed. For instance, the affected region has neither received either electricity from the Godda project, nor a fair compensation for acquired land. Furthermore, sudden amendments had been made in the energy policy in favour of the construction of the power plant. Similarly, the Sahibganj port project has been exempted from environmental clearance. Further, the government in its disinvestment drive has floated tenders to privatise the port. It has also disrupted local livelihoods supported by agriculture, ferrying and more specifically stone mining, thereby leaving a large majority of the working population jobless. As a result, as many as 3000 people have migrated from the region. Additionally, despite continuous dialogues with local authorities, the administration has failed to provide fair compensation and decent resettlement to the rightful families. The residents claimed that assessment surveys were faulty and conducted in an undemocratic manner.

Ramsharan Singh, a prominent activist of Ganga Mukti Andolan has also pointed out that the pitfalls of the waterway projects are far too many to justify the proposition of ‘cheap transportation cost.’ Large motorised vessels disturb the river ecosystem, while the spillage may pollute the river. Moreover, the project favours big businessmen at the cost of small traders and boatmen. Therefore, an inclusive and sustainable approach is required which takes interest of both the environment and the local people into account. To achieve this, aggressive commercialisation of rivers needs to be put to an end and local livelihood practices like ferrying, fishing and cropping and livestock rearing must be strengthened, especially in Diaras. Mining should be continued in a regulated manner. More opportunities must be created for people in terms of skilling and generating diverse sources of livelihoods. Although the port project has failed to make these progressive changes, efforts must be made to prevent further damage.