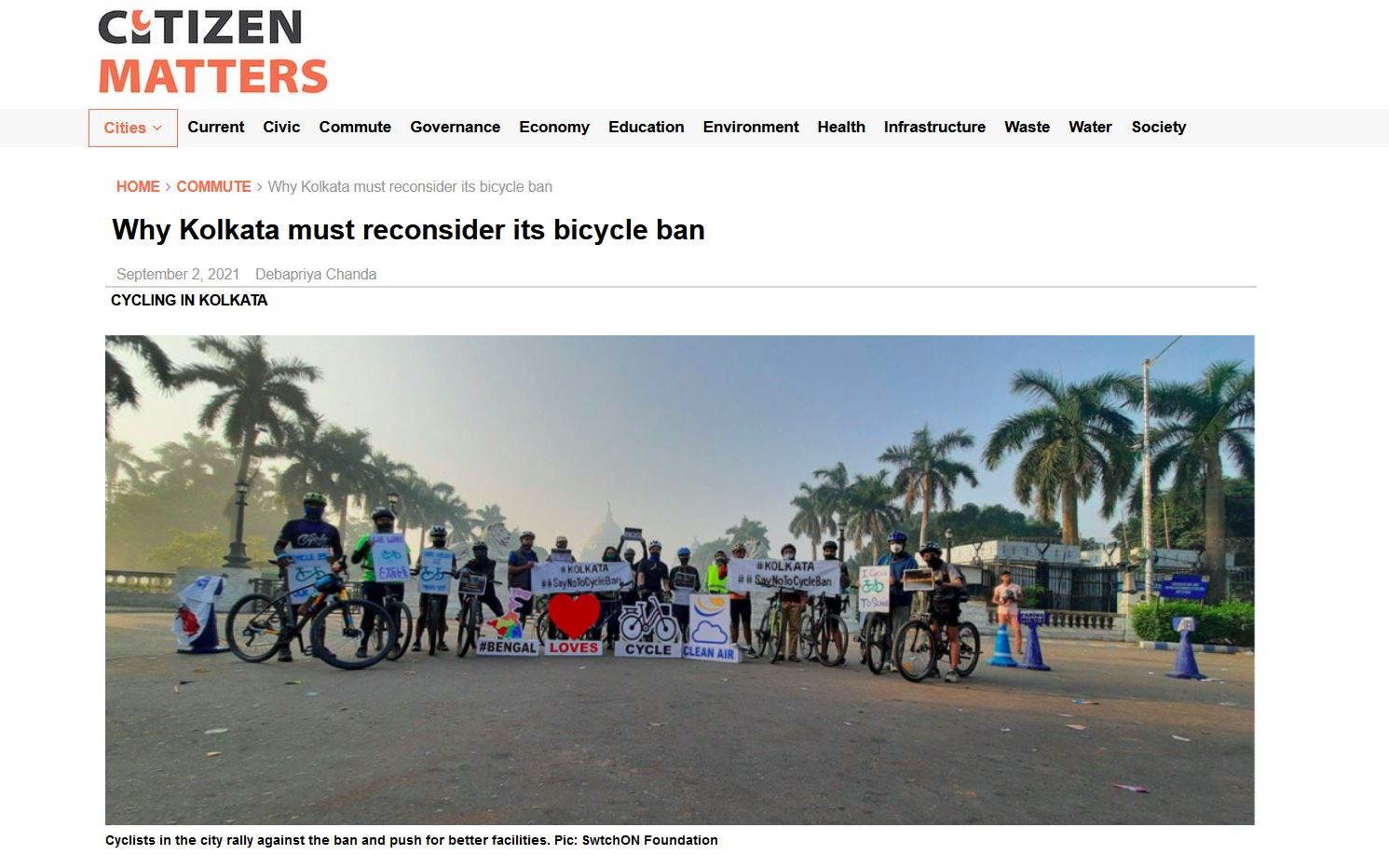 [This article was originally published in Citizen Matters]

In recent times, one of the lasting representations of Kolkata in popular culture lies in an iconic scene from the film Piku, where Bhashkor Banerjee, played by Amitabh Bachchan, is seen riding a bicycle around familiar haunts, with an air of euphoria and freedom. Ironically, in spite of the humble bicycle being a symbol of nostalgia and heritage, Kolkata is also the only city in India to have widespread restrictions on cycling. Cycling used to be banned on 178 roads earlier. Presently, the bicycle ban is in place on 62 arterial roads of the city. Despite this, the city records 1.68 million cyclists and 2.5 million cycle trips in a day. While aggravation of road congestion and safety hazards for pedestrians and cyclists are cited as official reasons by the Kolkata Police for the imposition of this blanket ban, the arguments do not hold water upon closer inspection of ground data. 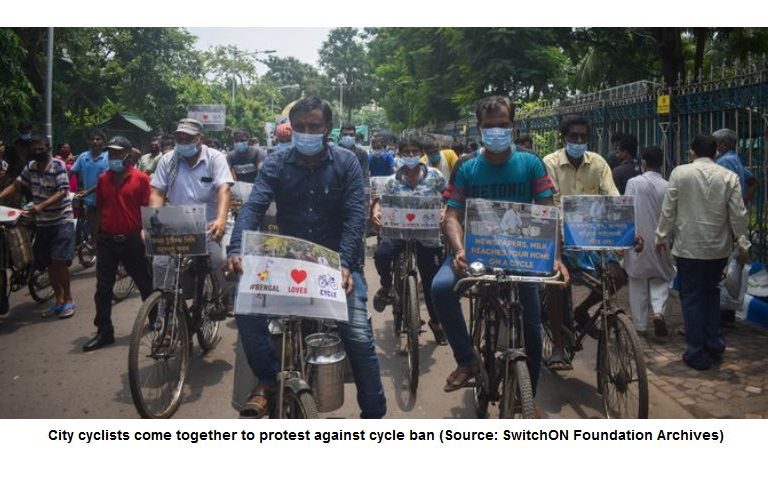 Why is the Kolkata bicycle ban bad?

Prosecution data in traffic rules violation cases also debunks the claim of cycles causing traffic congestions. In fact, since motor vehicles are found to cause maximum road traffic interruptions, it would make more sense to impose restrictions on them. Vehicular count surveys conducted by independent researchers in peak traffic hours in major roads of the city show that cycles form only 7% of the total transport share, as opposed to 69% for cars, taxis and motorcycles.

Although the transport department clubs cycling under the broad category of slow-moving vehicles, speed mapping exercises under the same research as above indicate that the speed of a cycle is approximately 14 km/hr, which is the same as that of motorcycles and more than that of cars and buses. Moreover, the average speed of traffic in Kolkata ranges from 10-18 km/hr, which can easily be matched by cycles. The average trip length of 3 km can be covered within 14 minutes on a bicycle, equivalent to a car. Small road space and short distance travel in the city makes bicycles more suitable for commuting.